Martina Miskohlid and Liang Wei were selected at the Gala Concert of the "Young Lyric Ambassadors". They will perform in Sicily in the 2024-2025 opera season.
Daniela Sacchi | 28 Ottobre 2022 | ATTUALITÀ, CULTURA, IL FORMAT

The opera season of  Teatro Massimo in Palermo will be enriched by two exceptional presences: Canadian mezzo-soprano Martina Miskohlid and Chinese tenor Liang Wei. Alessandro Di Gloria, casting director of Palermo’s Teatro Massimo, engaged Miskohlid and Wei in a production that will take place during the 2024-2025 season. Di Gloria chose them among 24 finalists of the 28th edition of the “Rencontres Lyriques Internationales de Montréal” (13 – 15 October 2022).

Martina Miskohlid, 25, convinced the majority of the twelve-member artistic committee.

She was awarded the title of “Young Canadian lyric hope” and received a cash prize to finance her travels, offered by Théâtre Lyrichorégra 20, directed by Alain Nonat .

Jerôme Gay from Génération Opéra, admitted her directly to the semi-finals of  the fifth edition of  the French international competition “Voix Nouvelles“. Gay also committed to enhance her visibility in the next two years.  Opera manager Plamen Kartaloff  engaged Miskohlid in a production at Sofia’s Opera House, to take place in Bulgaria between 2023 and 2025.

The young and talented artist will also perform in two German cities. Opera managers Daniel Herzog and Jens Neundorff von Enzberg engaged her respectively in a production at Augsburg Opera in 2023 or 2024, and in a training session at  Meiningen Opera.

The widely deserved success of Liang Wei is another flagship for Sequenda,” says Luisa Mauro, mezzo-soprano, founder and artistic director of Sequenda Opera Studio Luxembourg. Luisa, a Luxembourgish national, teaches at the Ecole Normale de Musique A. Cortot in Paris and at Mondorf-les-Bains Regional School of Music. Her previous teaching experiences include Milan’s G. Verdi Conservatory, the Faculty of Music, University of Toronto , as well as the Vianden and Saarburg Festivals.

Her choice of Liang Wei to represent Sequenda in Montreal for the 2022 “Rencontres”, along with Spain-based Mexican barytone Jorge Eleazar, demonstrates her flair in discovering young talents. In Montreal, Don Adriano Sterling invited Eleazar for a role in the world première of an opera he composed.

Since its foundation in 2008, the mission of Sequenda has been the professionalization of carefully selected young opera singers. Over the years, Sequenda has built up a network of singers whom it  regularly offers concrete opportunities to develop their careers through collaboration agreements with well-known music institutions all over the world.

“On my side”, Luisa explains, “I chose the Korean baritone Sangyun Park and the Canadian soprano Jamie Groote to attend Sequenda training courses in Luxembourg in the 2023-2024 season. I also invited  Quebec soprano Karoline Podolak to debut the role of Norina in Don Pasquale of Donizetti in Luxembourg in 2023”.

The artists chosen by Luisa were awarded other prizes, too. Podolak was engaged by Casting Manager Kevin Jeong in a 2023 production at the Daegu Opera House, South Korea. Julius Klein invited her for two concerts at the Philarmony in Bratislava, Slovakia. Podolak will perform at Meiningen Opera, too. Groote was engaged by Gabriele Donà in a production of  the Opera Theatre of Mainz, Germany to take place in 2024 or 2025. Both Groote and Park were invited for a training session at Augsburg Opera as well as in the Netherlands, at the Orpheus Foundation directed by Hans Nieuwenhuis.

Naggar Tremblay, alike Miskohlid, was directly admitted in the semi-finals of “Voix Nouvelles” in Paris. *

Quebec mezzo-soprano Caroline Gélinas has been invited to perform in an international concert at Meiningen Opera in 2023 and to participate in a training at Augsburg Opera.

Finally, Korean tenor Juntae Kim was invited to perform in two  concerts, which will take place in Slovakia in the summer of 2023. 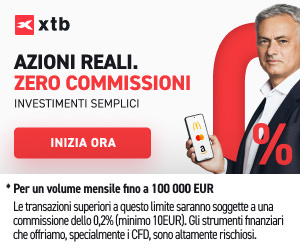